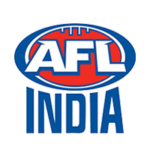 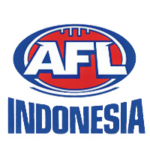 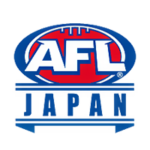 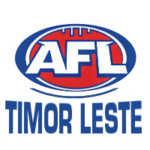 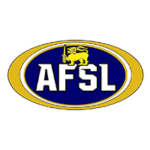 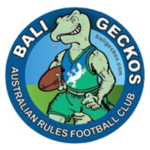 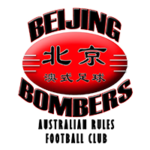 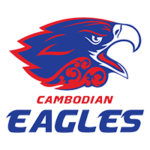 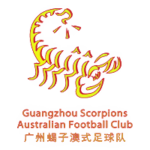 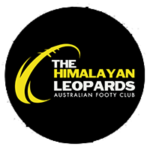 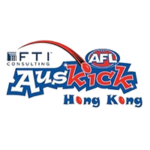 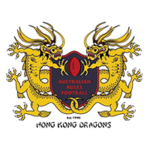 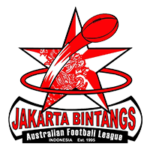 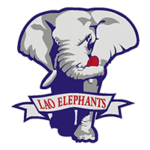 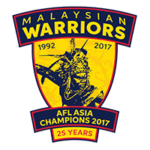 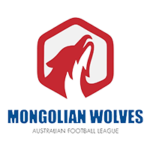 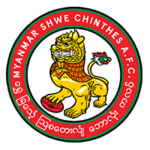 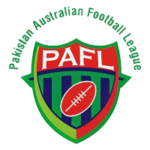 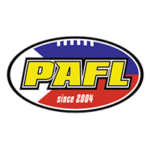 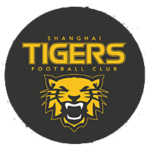 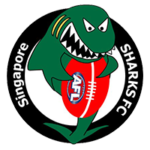 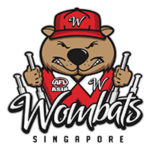 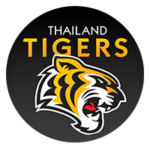 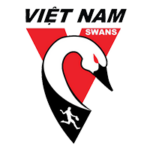 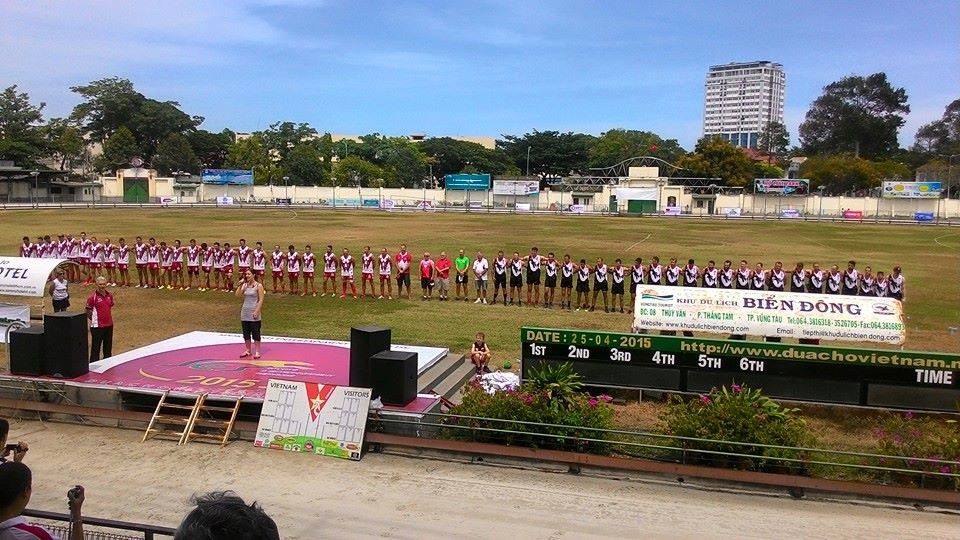 The 2016 AFL Asia season will heat up on Saturday 23 April with another big round of ANZAC games across the region. Matches will be played in Vietnam, Thailand and Hong Kong, with commemoration events to also accompany the games.

AFL Asia President Darren Whitfield was excited about the Round ahead in saying “Anzac Day matches in Asia are always a massive, a sought after highlight of the AFL Asia season. They are a great way for our Clubs to remember the hardship of Wars gone by and acknowledge the enduring friendships that still survive. We expect large crowds across the footy fields of Asia for this momentous day in the Asian Footy calendar! Get involved!” 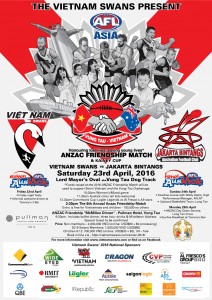 The Vietnam Swans will host their 7th Anzac Friendship Match at the old Lord Mayor’s oval in Vung Tau, the same ground where Vietnam Football League games were played between Australian servicemen from 1966-1971. Their opponents will this year be the Jakarta Bintangs who will be making their first of two tours to the south of Vietnam this year, with Vietnam to also host the Asian Champs at RMIT Saigon Campus on October 15.

The Bintangs are the only team to have defeated the Swans in Vung Tau with a win in 2013, and will be keen to maintain their top-of-the-AFL Asia-ladder position following a solid home win to the Malaysian Warriors in March and an early away win against the Myanmar Fighting Cocks at the inaugural Cocks Plate in Yangon in February. The Bintangs also easily accounted for an injury depleted Swans team at the 2015 Asian Championships with a 23-3 win. 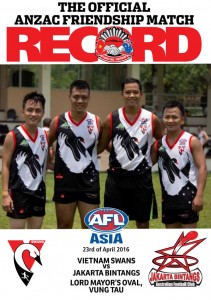 The Swans played their first game of the year last weekend in Kuala Lumpur, going down to the Warriors 90-63. However, Swans President Grant Keys was happy with what the Swans were able to get out of the tour.

“While we got off to a slow start we were for the most part pleased with our first game of the year in KL, getting it back to 2 goals in the last quarter and giving the Warriors a bit of a scare before they put us away with a couple of late sealers. It was a great opportunity for us to blow a few cobwebs out and blood a few new guys, including four local Vietnamese guys who made the trip over, one of them kicking a sensational goal in his first game!”

“I expect we will see a few of these local guys feature in our main game and Commbank Cup legends game, and hope the Bintangs will also bring a few of their impressive locals with them. We think the Lord Mayor’s Oval is the best footy ground in Asia to play at, its certainly the most historic from an Asian footy perspective, and we always look forward to playing our best footy in Vung Tau.” Keys said

Being the 50th Anniversary year of the Battle of Long Tan, this year’s Anzac Friendship Match will hold extra significance with the Swans to unveil a special 50th Anniversary heritage jumper. The Swans will also host their McMillan Dinner at the Pullman Hotel, with 1996 Sydney Swan Premiership Player Brad Seymour confirmed as a special guest speaker.

Former Bintangs President Brenton Harris was also excited about the returning to Vung Tau in saying “We view the Vietnam trip as the pinnacle of ANZAC tours in Asia and loved our previous trip – the win helped of course.” 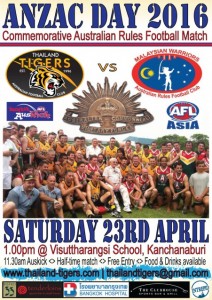 2015 AFL Asia Grand Finalists the Malaysian Warriors will travel to Kanchanaburi, Thailand for what it also shaping up as a great match up between two of AFL Asia’s powerhouses.

Malaysia have had a solid start to the 2016 season with a narrow 1-goal away loss to Jakarta in March and their impressive home win against the Swans last weekend.

It will be Thailand’s first game of the season, with Malaysia taking the choccies at the 2015 Asian Champs in Bangkok 12-25.

The football match will be played on Saturday 23rd April at 1.00pm, and will once again be supported by the attendance of the Quiet Lions.

A dawn service will follow the game at Hellfire Pass and the Commemorative Wreath Laying Service at the Kanchanaburi War Cemetery on Monday 25th. 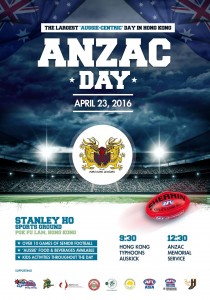 Round 3 of the South China Australian Football League will move to Stanley Ho Sports Centre at the University of Hong Kong for a special Anzac Round on Saturday April 23rd.

The day will kick off with a 9.30 AusKick clinic, before a 1230 ANZAC memorial service and SCAFL and Vikings AFL games.

Australian food and drinks available all day, with over 10 games of senior grade AFL football expected.

Reigning 2015 premiers the Lantau Lizards have been in good form with three wins from three matches in Round 2, catapulting the reigning premiers up the ladder. Easy victories over an undermanned Cobras side and Macau were followed up by a hard-fought win over the Guangzhou Scorpions, who will be looking to fill the massive hole that recent Port Adelaide recruit Chen Shaoling has left since departing for Adelaide.

The Balikpapan Borneo Bears are also having an ANZAC Cup competition this Saturday 23rd followed by a Sportsmans night Function on Sat night.Our 2016 Anzac Cup will be the 3 x Balikpapan teams playing, Coates Cobras, Transkon Tigers and Bhumi Phala Dragons.

The Balikpapan Cup was donated by the Aust Embassy and ADF around 6 years ago, they send representatives from Jakarta over to Balikpapan for the annual Anzac Day Service, every 2nd year the Aust Ambassador attends, they usually all attend the Anzac Cup and an ADF person presents the Cup to the winning team at the Sportsmans function. 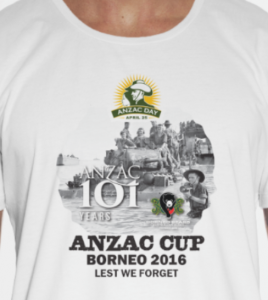 We know Anzac Day is big in some Asian countries, however I suspect a lot don’t know about the battle of Balikpapan, the last biggest seaborne landing of WW11, in fact that record still stands until this day,
There is a lot of Australian history here, hence ANZAC Day is quite big here even though the number of Aussies living here has diminished the past 2 years due to the downturn in mining….